New for your backpack (or your Benz)

From Game to Termanology: Kanye does it all!

Not my usual steez but I did say I was gonna try and switch it up a bit over the next while so here's something hot out of the underground featuring one of hip hop's biggest (stars or egos, take your pick!):

Termanlogy featuring (and produced by) Kanye West: "Everything I Got (If I Was Diddy)" - more evidence to support Kanye's claim to being one of the best to ever do it behind the boards? Dunno much about this Termanology dude but I've been seeing his name around a lot recently and he's obviously making the right moves to have hooked this collab up. (mp3 jacked from Spine but spotted first via Rizoh's comments | alternate link: Zshare stream/download)

Related: "I guess rapping with mediocre skills for 12 minutes about how no one wanted to sign you and you worked at the Gap consitutes being the World’s Best Rapper." 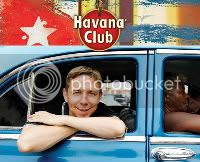